Understanding the Role of Cognitive Bias and Economic Bubbles

Lately, there have been several stories regarding the possibility that the U.S. economy is in a stock market bubble. It seems whenever there are extended time periods with high growth, the word bubble appears and investors start to become uneasy. So, what are bubbles and should we be concerned with them?

In the strictest sense of the word, bubbles are speculative events that cause markets or products to be traded at a value that greatly exceeds the intrinsic value. Many academics spend their entire careers attempting to explain how and why they are formed and how to use past experiences to avoid them in the future.

In his book Famous First Bubbles: The Fundamentals of Early Manias, Peter Garber states “bubbles are a fuzzy word filled with import but lacking a solid operational definition…The definition of bubble most often used in economic research is that part of asset price movement that is unexplainable based on what we call fundamentals…”.

Famous examples of bubbles include the Dutch Tulip Craze of the early 1600s, or more recently the Dot-Com Craze of the 1990s; there’s also the Housing Bubbles of the early 2000s. Perhaps the most striking in terms of examining bubbles could be the fact that most investors do not realize they are in a bubble until after the proverbial bubble has burst.

Similarly, investors mislabel periods of high or low markets as bubbles. In his book Financial Market Bubbles and Crashes, H.L. Vogel writes that in economic terms, prices are generally expected to increase based on two variables:

During a bubble, however, prices increase at a rate that is greater than expected earnings. As prices increase, consumer sentiment is extremely high. Trading increases, optimism is high, and consumers begin to believe they have finally found the different one. Indeed, many economists argue that it is hard to identify a bubble during the bubble. It is only after a burst that P/E ratios and fundamentals appear unreasonable. Different bubbles have different effects on markets; some resulting in more panic, others resulting in crashes. Whatever the magnitude, these bubbles manifest themselves not only by economic forces but emotional ones as well.

Cognitive Biases and the Impact on Economic Bubbles

Several biases exist that may be studied to understand how bubbles are created. In terms of labeling a bias, it is important to remember that biases stem from the brain’s desire to simplify. Heuristics, or rules of thumb, are created to follow so the brain can process information and make decisions quickly. When these heuristics fail, they can create what is known as cognitive biases. These biases can be described as errors in judgment based on a misconception of facts and social influences.

There are hundreds of identified biases, though only a select few with direct correlations to economic bubbles.

Perhaps the most recognizable is herd behavior. Much like a herd of animals that follow each other in a large group, humans mimic the others’ actions. Following in the footsteps of peers can reinforce inclinations and leads to forming opinions or making decisions more quickly. Unfortunately, in a bubble state, herd behavior may lead to dire results.

In periods of low growth, investors tend to become complacent in terms of aversion to risk. They are willing to make greater bets for the sake of greater return. In a bubble period, these investors are willing to participate in any market activity, even if the fundamentals are not appropriately priced into the investment. As soon as an investor gets word of others’ latest investments, they begin to research and come to their own conclusion. This herd mentality increases the likelihood of moving forward and causes a snowball effect.

The bias of anchoring may also contribute to the bubble creation. This is an attribute in which minds ‘anchor’ or fixate on a value and decisions are forever thereafter based on that number. In a bubble state, initially, the investment is identified when prices are already at high values. These values are not necessarily consistent with the true fundamental value of that investment. Given the hype, investors anchor in on the price that it is currently trading at and thereafter base the idea on the true value as the original price.

The bias of overconfidence contributes to the bubble’s growth. Overconfidence is a tendency to believe that one is smarter than the rest of the population. Investors may believe they have stumbled upon an investment that the rest of the population is not privy to, or that superior knowledge has weeded out the losers, and here there is a winner. Word of mouth begins, and the investment grows.

In the same way that investors anchor on to a number and become overconfident, they also tend to overestimate their ability to predict the future based on the past. This hindsight and curse of knowledge exist in which recent past experiences are used as expectations of future outcomes.

Being overconfident in investment-making abilities is one thing, but the problem can become worse by seeking out information to support the theory. This is known as confirmation bias, which happens when external beliefs are wholeheartedly accepted when consistent with one’s own. Accepting different beliefs becomes difficult. In a bubble state, accusations are pushed aside if they indicate that a particular investment may be lacking.

Finally, once the decision has been made to invest, the investment is valued more highly merely because it’s owned. This endowment effect leads investors to hold on to securities for no other reason than ownership. Then, the tendency is to buy high and sell low.

It’s common for one bias to lead to another. For example, investors may follow the herd and rely on the past performance of an investment. Overconfidence leads to thinking there has been a more informed decision than peers, and similar research adds to the suggestion that the investment is a prudent one. Claims that the decision was unwise are denied and the endowment effect contributes to the belief to keep the investment. Finally, a mass exodus from the investment leads investors to follow the herd and the cycle repeats itself.

Learning about cognitive biases may help to identify bubbles and assist in avoiding it. Actively listening to different opinions, seeking out alternative viewpoints, and a personal reminder that a security’s value is worth more than its current price are all ways to identify sound investments. Brains resist change, but critical decision-making is required to look beyond biases. When this happens, investors can drastically reduce their chances of participating in a bubble.

Instead of asking advisors if the economy is in a bubble, the better question is “What are we doing in our portfolio to reduce the likelihood that it will be negatively affected by a potential bubble?”

From there, investors and their advisors can invest prudently and with diversification. Remember that the goals are not to time or beat the market. The goal is to make rational decisions based on fundamentals and to avoid allowing biases to affect investments.

Contact PBMares Wealth Management for more information on how to apply fundamentals to a more diverse portfolio strategy. 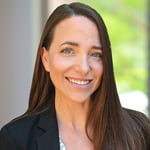 As a Certified Financial Planner™, Shelly specializes in coupling comprehensive financial planning with an estate planning focus. She holds a Master’s in Financial Planning & Taxation with a concentration in Estate Planning.

The content of this post is accurate as of the date below. Always ensure you are reviewing the most recent information available. Contact an advisor if you need clarification.