What is tax conformity?

Tax conformity is a state’s adoption of the federal definitions of income, as contained in the U.S. Internal Revenue Code (IRC). For individuals, it’s the calculation of federal adjusted gross income; for businesses, it’s federal taxable income. Traditionally, Virginia adopts those definitions as of a fixed date — usually, but not always, Dec. 31 of the previous year. This means that each year, the date of conformity must be advanced through the legislative process so that taxpayers can file their returns for the previous tax year.

What is the current date of conformity?

Currently, Virginia’s conformity date is Feb. 9, 2018, with exceptions for certain provisions. Despite that date, the current statute does not encompass changes from the Tax Cuts and Jobs Act (TCJA) beyond those affecting 2017 returns. As a result, Virginia taxpayers have been unable to plan for their 2018 returns.

Tax reform refers to changes to rates, credits, deductions, brackets or other elements of tax policy. These are important issues, but reform will be extremely difficult if Virginia does not start from a place of conformity, including any currently existing deconforming provisions. Any deconformity will add to the complexity of the tax reform process.

What will happen if Virginia does not conform through emergency legislation?

Without an emergency clause, the earliest conformity could take effect would be July 1, 2019 — well after the deadlines for 2018 returns. This would cause significant, widespread delays in the ability to file returns and as well as slow down any refunds. A lack of conformity would require the Virginia Department of Taxation (TAX) and tax software companies to make significant programming changes to their software systems, making filings much more complicated and placing extra burdens on taxpayers, tax practitioners and software developers.

Furthermore, a large number of adjustments would be required on state tax returns — as many as 20 for an individual return and 30 for a business return. These adjustments could result in additional fees, due to either separating the federal return from the state return or the need for an extension. In short, not passing tax conformity could lead to any number of complicating factors, all of which would increase the complexity, delay and, potentially, the cost of filing your tax return.

Not exactly. State taxes will increase for some taxpayers whether or not conformity is passed. Full conformity could result in higher revenues, but that’s because of other factors, such as federal changes to rates, deductions and credits that were included in the TCJA and are not automatically picked up at the state level, even as part of conformity.

What about itemized v. standard deductions? I’ve heard my taxes won’t go up if Virginia would just allow itemized deductions.

It is unlikely that Virginia will allow taxpayers to itemize even if they take the standard deduction on the federal return. One of the primary reasons for this is that it would be extremely difficult to estimate the fiscal impact of doing so and there is concern that it would create a revenue shortfall, causing cuts to Virginia’s budget. Many of the other policy ideas currently under discussion have a far more predictable fiscal impact.

What can be done with excess 2018 tax revenues that might be collected before policy changes are finalized?

These funds can be set aside in a separate fund dedicated to any Virginia revenues generated as the result of the TCJA until the actual amount can be determined. This is similar to the process used during the last round of major federal tax reform in 1986, when Virginia studied the changes for nearly two years before enacting state legislation in response.

It’s worth noting that the changes contained in the TCJA are much more complex than the 1986 changes, which were largely focused on tax rates and brackets. That makes it even more important for the General Assembly and the Northam administration to respond in an informed, measured manner. Setting aside any excess revenues would create time for them to do just that, creating more certainty about actual revenue increases. It would also prevent funds from being spent, allowing for any necessary credits or refunds of those revenues in future tax years.

What can I do to help get conformity legislation passed in a timely manner?

Talk to your legislators about the importance of passing conformity legislation quickly and what will happen if Virginia does not conform through emergency legislation. Looking at tax conformity and tax reform as separate issues, and recognizing conformity as a necessary prerequisite for any reform discussions, is the best way to ensure a smooth filing season for Virginia taxpayers and ensure funding for important government services is not interrupted.

Have additional questions regarding tax conformity?

Contact a member of the PBMares Tax Team on how this issue impacts your specific tax situation.

Original content provided by and used with permission from the Virginia Society of Certified Public Accountants. 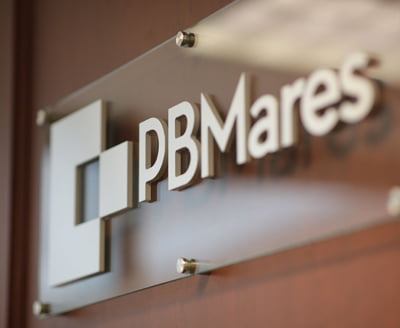