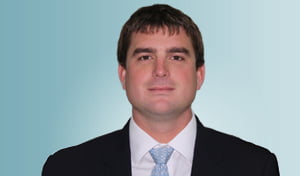 Robert (Robbie) E. Bittner, III was always strong at math. That skill initially had him on a path toward an engineering career. However, he also really wanted to be on the swim team at the University of North Carolina-Chapel Hill – which did not have an engineering program – so he decided to pursue accounting instead.

The four-year UNC Chapel Hill varsity men’s swimming diving team member turned auditor has spent the past decade creating quite a niche in the utilities space, specifically auditing municipal and nonprofit utility agencies in North Carolina and Georgia. His utility work has led to a thorough understanding of the Federal Energy Regulatory Commission’s accounting method as well as the rules and regulations of the Rural Utilities Service.

Robbie is passionate about helping people and businesses grow and succeed, while helping governments be efficient stewards of public funds. In addition to his energy and utility focus, he also works with state and local governments, nonprofits and commercial manufacturing.

On top of that, Robbie played an integral role in implementing new Governmental Accounting Standards Board (GASB) requirements for clients throughout North Carolina, Virginia, Florida, Georgia, and New Hampshire, giving him a deep technical understanding of the rules and requirements of the Yellowbook and Government Auditing Standards.

Not one to sit still, Robbie is also active in the community, serving as a board member for Morehead City County Club, a past treasurer for After Hours Rotary Club and a member of Coral Bay Club. The West Carteret High School Athletic Hall of Fame member has two children and is an avid fisherman.

“What I love most about my job is the people - internally and externally - and the opportunity to help individuals and businesses grow and succeed. Another positive aspect is helping governments be efficient stewards of public funds.”
pb_admin2021-10-06T12:18:02-04:00
Go to Top