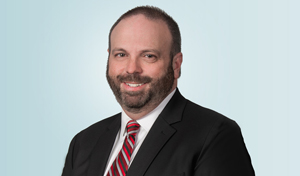 Charles Dean Smith Jr. was exposed to small businesses at an early age, as his family owned a large commercial seafood and trawling business in Eastern North Carolina. He knew early in high school he wanted to be an accountant to help small businesses and started by contributing to his family business’ accounting functions.

Now, as a small business owner of two UPS Stores (soon to be three) in Myrtle Beach, South Carolina, since 2010, he pulls on his own experiences to help others. Understanding the many hats they have to wear, Charles assists small business owners in all 50 states on various tax and financial planning matters. That includes being there at the inception of their venture, helping them through the entire life cycle of the business. He’s with them the entire way from making payroll in the early years to expanding their enterprise, investing extra cash to preparing for retirement, succession or acquisition.

With more than 22 years of experience, Charles focuses on providing manufacturing, distribution, restaurant and retail clients with tax compliance and consultation, with a focus on C corporations, S corporations and related shareholder issues, multi-state compliance and accounting method changes in myriad industries, including, but not limited to, consumer products and retail, agribusiness, real estate and professional services. He has also worked with several large national franchise groups for the past 20 years providing tax compliance and planning services.

Charles also believes in going beyond daily tax services by supporting the community at-large. He is a former board member and active with the Tryon Civitan, the New Bern, North Carolina chapter of Civitan International. He’s also involved with the New Bern Chamber of Commerce’s Leadership Craven. Charles’s passion is fundraising for the National Multiple Sclerosis (MS) Society and he believes strongly in their mission to help those affected by MS live their best lives, restore what that have lost, and end MS forever. His passion is demonstrated through his active involvement in the organization, including serving on the Board of Trustees as vice president of financial performance for the Greater Carolinas Chapter, as well as on the national budget development advisory committee for the National MS Society. Additionally, over the last decade, he has volunteered with the National MS Society during Bike and Walk MS events throughout North and South Carolina. He’s also served on the local planning committee for the Bike MS Historic New Bern Ride, which brings more than 1,800 cyclists and 2,000 volunteers to New Bern each September for one of the Top 10 largest cycling events in the southeast and one of the Top 4 cycling events for the National MS Society.

Increase in Social Security Wage Base, Wage Caps and Benefit Amounts Announced for 2023

The IRS recently warned employers to beware of advertisements and solicitations that promise tax refunds that seem too good to be true. They promise business owners lucrative tax refunds from the Employee Retention Credit through filing amended payroll tax returns.

The IRS announced its annual inflation adjustments on October 18 in Revenue Procedure 2022-38.  As expected due to soaring inflation over the past year, the tax adjustments are significant this year with most adjustments increasing around 6 to 7 percent.

IRS announces new Hurricane Ian tax relief and a new February 15, 2023 tax deadline for all individuals and businesses in both North Carolina and South Carolina.

Millions of Americans will avoid paying more for healthcare next year, thanks to the Inflation Reduction Act. Employers need to be aware of potentially higher penalties related to the family glitch, and individuals can take steps to project income and avoid paying back excess tax credits.

High Inflation with Inventory? Consider a LIFO Election for the 2022 or even the 2021 Tax Year if You Received an Extension

When inflation is high, certain companies could use it as an opportunity to save on taxes. Electing LIFO for the 2021 tax year might be a smart move, but time is running out. It’s also not too early to begin evaluating LIFO calculations for 2022.

For the first year, some S-corporation shareholders will be required to include Form 7203 with their individual or trust tax returns. With shareholder basis continuing to be a major IRS audit focus, shareholders need to make sure they are consistently tracking their basis on Form 7203 with all the required annual adjustments.

Watch for New Letters from the IRS — and Keep Them!

In 2021 and 2022, a temporary change to the tax code allows companies to deduct 100 percent of most business meal and entertainment expenses. Guidance on per diem deductibility has also been clarified.

Health savings accounts provide a triple-tax benefit but are heavily underutilized. Learn how to maximize HSA savings and use them in retirement in this timely article for open enrollment season.

The long-awaited 2021-2023 biennial North Carolina budget was passed by the General Assembly and signed by Governor Roy Cooper on November 18, 2021. Media outlets have focused on high-profile provisions, such as raises for teachers and other state employees. Other provisions – including historic tax cuts – immediately impact all North Carolina taxpayers.

Businesses that started during the pandemic have a new opportunity to claim the Employee Retention Tax Credit for the 3rd and 4th quarters in 2021. There are minimal eligibility requirements to net up to $100,000 in tax credits for the year. Act now to include the credit on your 2021 3rd quarter payroll tax return.

North Carolina is on the verge of passing major tax changes affecting corporate, pass-through, and individual taxpayers. If passed, the state’s corporate income tax would be eliminated and 250,000 taxpayers would be removed from state tax rolls.

“I enjoy working with small business owners throughout the entire life cycle of the business and watching their challenges change from how to make payroll in the early years to investing extra cash for retirement and expanding locations.”
pb_admin2022-01-05T10:56:34-05:00
Go to Top