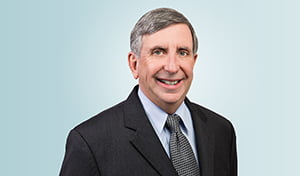 Kevin Reilly is recognized as the prominent club tax consultant in the United States and a leading authority on international tax and has even appeared on C-SPAN, CNBC and PBS to discuss these issues. He has also been a guest lecturer at universities and colleges on tax issues and is a frequent speaker at industry conferences, including the Annual and Legislative Conferences for CMAA and the Annual, Club and Hotel Controllers Conferences for HFTP. Recently, he served as chair of the International Tax and Business Development Conference.

In addition to his television and in-person appearances, Kevin is a regular columnist for industry publications and serves as editor of Clubs in Town & Country. He is a contributing author to The Legal Reference Guide for Private Clubs published by the National Club Association (NCA), the fourth edition of Club Management Operations published by the Club Managers Association of America (CMAA) and the first edition of Accounting for Club Operations, and he was on the committee to update the last three editions of Uniform System of Financial Reporting for Clubs published by the CMAA.

He is recognized as one of SmartCEO magazine’s SmartCPAs in the Greater Washington area, received the Excellence in Achievement Award for tax consulting by The BoardRoom magazine, and received Virginia Business magazine’s Super CPA recognition for Government/Non-profit and Corporate Taxation.

Accounting runs in Kevin’s family; he has two brothers who are also Juris Doctors and CPAs. However, his main interest lies in working with people and the opportunity to become a trusted advisor to clients who need guidance on major decisions. He admittedly might derive a bit of enjoyment from being an accounting celebrity as well, but mostly because it allows him to extend his knowledge to benefit as many people as possible.

Kevin serves as the executive treasurer of the National Capital Club Managers Association and is a member of the Washington Metropolitan Club Controllers Chapter of the Hospitality Financial and Technology Professionals (HFTP), where he has also served as president. He is a former treasurer of the National Club Association (NCA) and is on the board of directors of the NCA Foundation. He enjoys the social aspect of his membership with the Hammock Beach Club and also gives back to his community through involvement with the National Club Association Foundation, Kennedy Center, The De La Salle School in Freeport, New York and the Girl Scouts.

The use of an “Employee Hardship and Disaster Relief Fund Program” is one way to get money donated by members out to employees quickly and tax-free. This article explores the eligibility requirements clubs need to meet to ensure the funds can qualify as tax-exempt distributions,

The Members Are Back … What About the Employees?

The unemployment rate for leisure and hospitality, 10.1 percent, is nearly twice the national average. However, there are Help Wanted signs everywhere and a bountiful number of job postings. How are private clubs responding to this challenge?

While many clubs have gifting programs that are not tax advantaged, this article focuses on some typical club foundations that provide an incentive to their members to get involved in various initiatives that qualify for favorable tax treatment by the IRS.

American Rescue Plan: What Does It Mean?

The American Rescue Plan Act (the Act) s provides a number of items to help aid economic recovery out of the coronavirus pandemic. Read on for a summary of the Act’s provisions.

This third article in Club Director’s Philanthropy in Clubs series takes a more in-depth look into foundations. Three case studies highlight what can go wrong and include the key takeaways to be learned from each example.

This second article in Club Director’s Philanthropy in Clubs series provides an overview of the opportunities that exist for clubs that establish a planned giving program along with some ideas about how to get started and ensure the success of the program.

Are you concerned about trends in the club industry and their impact on your club? If so, now is your opportunity to download Clubs in Town & Country, the nation’s most respected statistical review of the club industry.

Privacy is important and a club going too far aﬁeld runs the risk of losing its ability to select its membership and may be treated as a public accommodation.

The increasing popularity of private club foundations has caught the attention of those seeking to engage in charitable and related activities that support the club’s mission.

Ask any security expert and they will tell you that it’s not a matter of “if”, but “when” your organization will suffer a cyberattack.  And while you might think a Country Club isn’t a huge target for hackers, the reality is that no organization is safe anymore, particularly smaller entities.

Respecting and Revering Board Members’ Duties

No matter what type of board you serve, two major responsibilities are in order: to serve as a dutiful member and to raise future board members. While many board members are very successful in their own careers, the operation of a club is a different animal all together.

While a club may be tax-exempt, it may be subject to tax on its unrelated business activities.  Read on to learn more as well as to download PBMares’ “Member Function Questionnaire” for help in gathering the information required by the IRS.

Tax Status: The Grass Is Not Always Greener

Read more on the benefits and drawbacks private clubs must consider when deciding whether to operate as a taxable or tax-exempt organization.

The Impact of Nonmember Revenue on a Club’s Bottom Line

Nonmember revenue can help advance, and impede, club growth. As the club industry continues to evolve between private member-owned clubs and public ones, the majority remain member-owned, focusing on the member’s experience rather than on public consumption. However, board of directors or governors of clubs are trying to fund operations without raising members’ dues while trying increase club use by nonmembers through offering nontraditional activities.

Today’s successful club offers more than just a club; it offers a lifestyle. Clubs have evolved from the traditional model in an effort to attract the new generation of members. Along with more family oriented environments and relaxed dress codes, one of the ways clubs have tried to deliver that desired lifestyle and attract those members is to add or expand on their wellness/fitness facilities.

The Budgeting Process is Critical for Clubs

In the recent past, clubs were forced to cut spending back due to a decline in membership and in spending by the members that remained. However, while membership desires may have been postponed they were not eliminated. The members want a new swimming pool, the grill needs some new furniture, the golf course needs a new irrigation system, the tennis courts need to be resurfaced and by the way, the club down the street is making these improvements.

Don’t Compare Your Private Club to a Restaurant

“Why is our food and beverage operation losing money?” “Why are we budgeting to lose money in that area?”  “My buddy earns a fortune running […]

How to Recreate the Country and City Club Lifestyle

Although many private golf and country clubs turned a corner in 2016 and began to attract more members, overall membership and revenue have still not […]

The Labor Department has issued a rule that doubles the salary threshold for overtime exemption, effective Dec. 1. This is a big change for business […]

Two sections of St. James Plantation, The Members Club and The Reserve Club, were denied the ability to claim charitable contribution deductions for their conservation […]

What Will the Neighbors Think?

Forget the political debate! Whether it is global warming, climate change, tidal flooding or just nature taking its course, from an industry standpoint, clubs are […]

"My role as a trusted advisor is something I take very seriously. When clients look to me before making a major decision, I see it as a real opportunity for me to make a positive difference in the direction of their business."
pb_admin2022-04-29T14:18:46-04:00
Go to Top